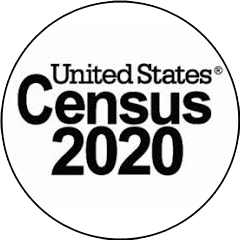 Kalamazoo County Government has partnered with the U.S. Census Bureau, a nonpartisan government agency, to support the 2020 Census. We are working to ensure that Kalamazoo County is represented accurately. We need to make sure that every Kalamazoo County resident is counted no matter their age, income, immigration status or type of residency.

What is the 2020 Census?  View the video in English; Spanish

The count is mandated by the Constitution and conducted by the U.S. Census Bureau, a nonpartisan government agency. The 2020 Census counts the population in all 50 states, the District of Columbia, and five U.S. territories (Puerto Rico, American Samoa, the Commonwealth of the Northern Mariana Islands, Guam, and the U.S. Virgin Islands). Each home will receive an invitation to respond to a short questionnaire—online, by phone, or by mail. This will mark the first time that you will be able to respond to the census online.

How do I take the census? View the video in English;   View fact sheets in English & Spanish

By April 1, 2020, every home will receive an invitation to participate in the 2020 Census. You will have three options for responding:

The 2020 Census marks the first time you'll have the option to respond online. You can even respond on your mobile device.

What are the questions asked on the Census Form?   View a sample form in English & Spanish

The Census form has 9 questions: name, gender, age, birthday, race, ethnicity, phone number, relationship to head-of-household, and owner or renter.
The Census Bureau will never ask you for:

If someone claiming to be from the Census Bureau contacts you via email or phone and asks you for one of these things, it's a scam, and you should not cooperate.

Is my 2020 Census data safe?  View the video in English; Spanish

The Census Bureau is bound by Title 13 of the U.S. Code to keep your information confidential.

Under Title 13, the Census Bureau cannot release any identifiable information about you, your home, or your business, even to law enforcement agencies. The law ensures that your private data is protected and that your answers cannot be used against you by any government agency or court.

The answers you provide are used only to produce statistics. You are kept anonymous: The Census Bureau is not permitted to publicly release your responses in any way that could identify you or anyone else in your home.

How will the 2020 Census data be used?  View the video in English

The results are critically important because this once-a-decade census data helps businesses, researchers, and communities make decisions. The data can help inform where your community needs a new fire department, more funding for school lunches, or new roads.

The census tells us much more than just the population of our country, your state, and your community. The census produces a wide range of statistics about the makeup of those populations, from ages and races to how many people own their home.

The U.S. Constitution requires that electoral districts be periodically adjusted or redrawn to account for population shifts. Each decade, the census reveals where populations have risen or fallen.

The census also collects data that is valuable for businesses, which rely on census results to help make decisions such as where to open new stores, where to expand operations, and which products and services to offer.

How Can You Verify That Someone Is a Census Worker? View Video in English

If someone visits your home to collect information for the 2020 Census, you can do the following to verify their identity:

Do you have to be a citizen to be counted?  For more information click here

NO. Everyone counts. The 2020 Census counts everyone living in the country, including non-citizens.

There are several ways that you can contact the U.S. Census Bureau for support.

For information on services for people who are deaf or hard of hearing: Call the TTY number at 800-877-8339 to reach the Federal Relay Service.

We get one chance every decade to collect accurate census data. This data influences federal funding, infrastructure and government representation. When we don’t ensure a fair and accurate count, it has serious consequences for our communities and our nation – with many of those consequences lasting for at least 10 years. If there was an accurate count in 2010, there would have been $550 million more per year for health, education and financial stability programs benefiting children and young people in the United States.  Let’s get it right in 2020!