Responsibilities of the Drain Commissioner

The Drain Commissioner creates and maintains the county drains and provides storm water guidance and support to Kalamazoo County.

The Drain Code of 1956 is the primary statute that mandates the responsibilities of the county drain commissioner and provides for the creation and maintenance of county drains. Each drain has a contributing area (similar to a watershed) called a drainage district. A drainage district is a public corporation that is legally and financially responsible for maintaining the functioning of the drain. All costs are paid for by drain assessments. The drain commissioner acts as a steward for each drainage district. The drain commissioner keeps the historical, financial, and easement records; schedules maintenance; responds to service requests; requires permits for activities affecting the drain; borrows funds to pay for costs; and assesses the costs back to the landowners, transportation authorities, and municipalities, according to their estimated benefit. Apportionments - the fixed proportion owed by an entity for any costs - are adjusted as land use changes.

By statute, the county drain commissioner is authorized to expend up to $5000 per linear mile per year on maintenance on behalf of each drainage district. Projects involving the creation or expansion of drains or spending more than the authorized rate must be petitioned by landowners or municipalities. Those projects are subject to a more detailed authorization process.

The Drain Commissioner has additional responsibilities to provide storm water site development guidance, rules, and/or review for all new plats, mobile home parks, and condominiums in the county. The new Drain Commissioner's Site Development Rules are due to be released in Spring 2011

In 1972, the Federal Clean Water Act was enacted with the goal of restoring and maintaining the capacity for our nation's water to support fish, wildlife and recreation. Michigan adopted the federal program which controls pollution discharges to water through the use of storm water permits. In Kalamazoo County, the Drain Commissioner oversees the storm water permit for the County drainage districts and other properties owned by the County. Permit responsibilities include: assisting in the development of watershed management plans, writing site-specific storm water pollution prevention plans, discovering and stopping unlawful discharges into county drains, encouraging strategies for reducing runoff throughout the watersheds, and characterizing the phosphorus loading in the major drains flowing into the Kalamazoo River. It is expected that if water quality standards cannot be met by implementing these measures, efforts to control runoff will continue to become increasingly prescriptive. 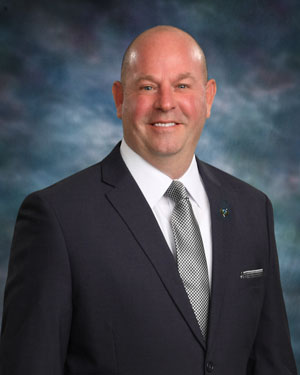