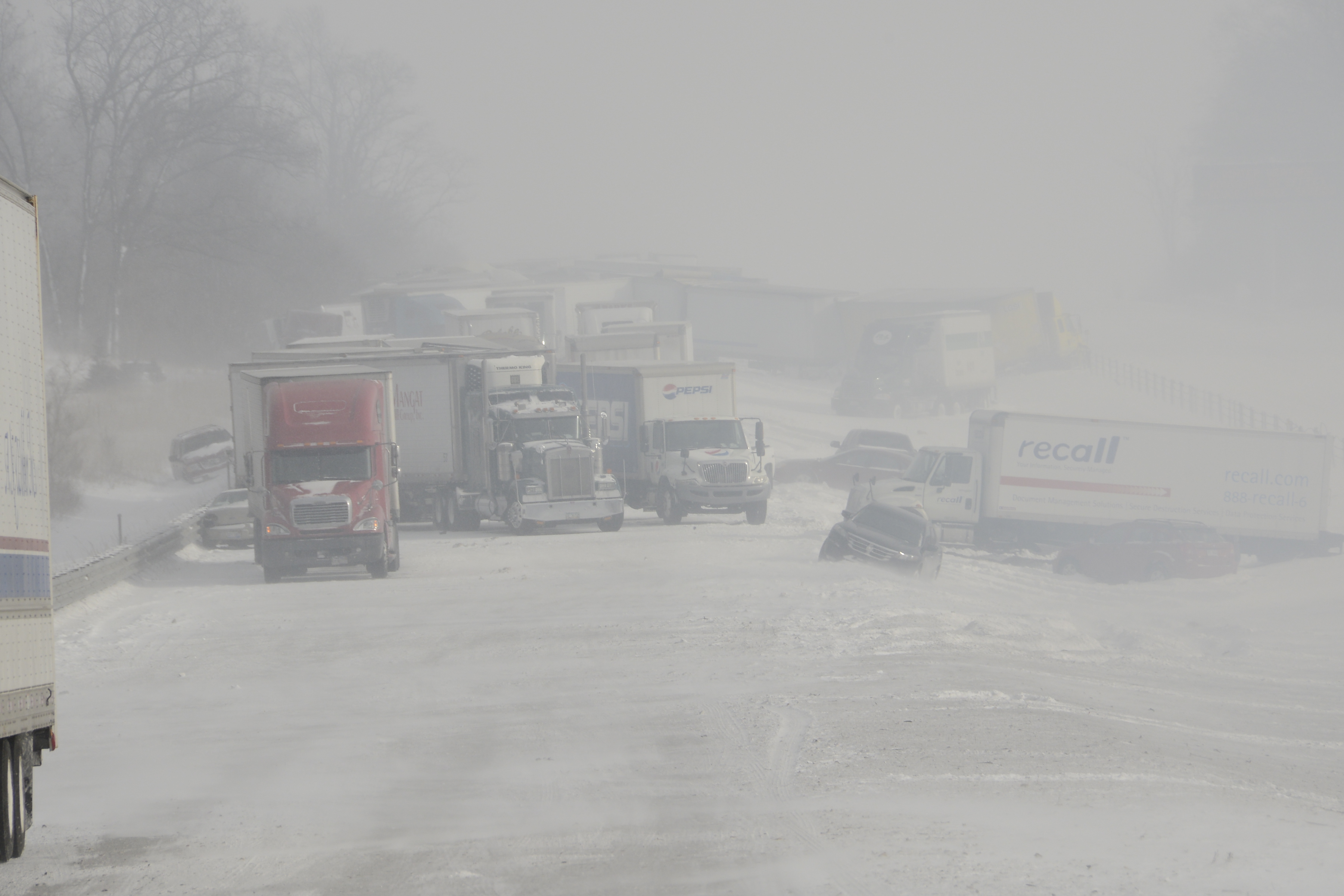 Winter weather brings hidden dangers.  The most common deaths attributable to winter result from motor vehicle collisions, heart attacks sustained while shoveling, and asphyxiation when vehicle exhausts are plugged by snow or due to improperly vented heaters.

November 7-11, 1913 - This storm produced 90+ mph winds and dropped up to 24" of snow.  The sudden fury capsized and sank boats on four of the five Great Lakes and killed 235 people.  Widespread power outages resulted, and snow and wreckage kept roads blocked for days.

January 26-27, 1967 - This blizzard dropped 30 inches of snow on Kalamazoo on bare ground.  Drivers abandoned their cars in the resulting snow drifts and transportation ground to a halt.  Twenty two people died across the state as a result of the storm.  The National Guard was called out to assist.  It took several days for the snow (and buried cars) to be cleared and for businesses to reopen.

January 26-27, 1978 - Occurring on the anniversary of the Blizzard of 1976, the Great Blizzard of 1978 dropped 20 inches of snow in the Kalamazoo area on top of existing snow, although Muskegon received an astounding 52 inches of snow.  Winds gusted between 50 and 70 mph and windchills were as cold as 30 below, resulting in massive snow drifts.  Twenty people died as a result of the storm across the state.

January 2-3, 1999 - Southwest Michigan received up to 28 inches of snow.  While highways were closed for a day or two, schools, businesses, and airports took several days to reopen. 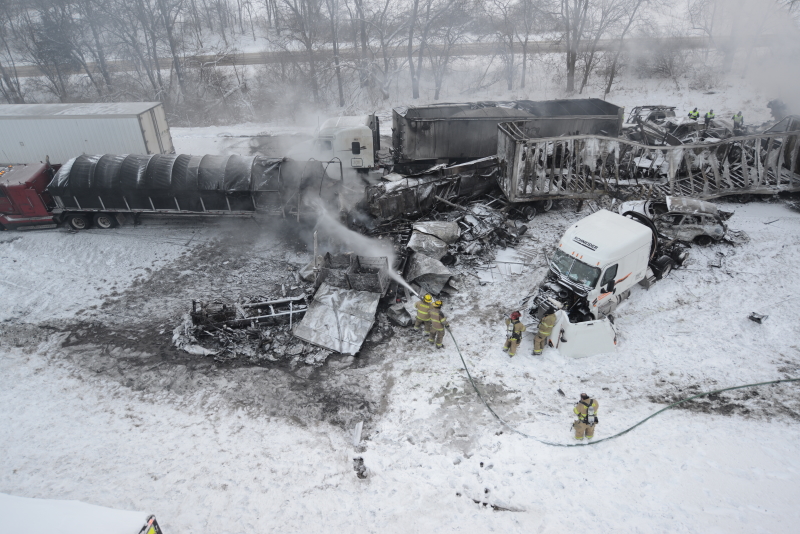 January 9, 2015 - An extended whiteout due to lake effect snow caught drivers by suprise on I-94, and vehicle after vehicle joined a massive pileup that stretched for miles.  By the time visibility improved and the highway was closed, 193 vehicles were involved on both sides of the highway.  One person was killed and twenty three were injured.  An acid tanker caught fire in the middle of t 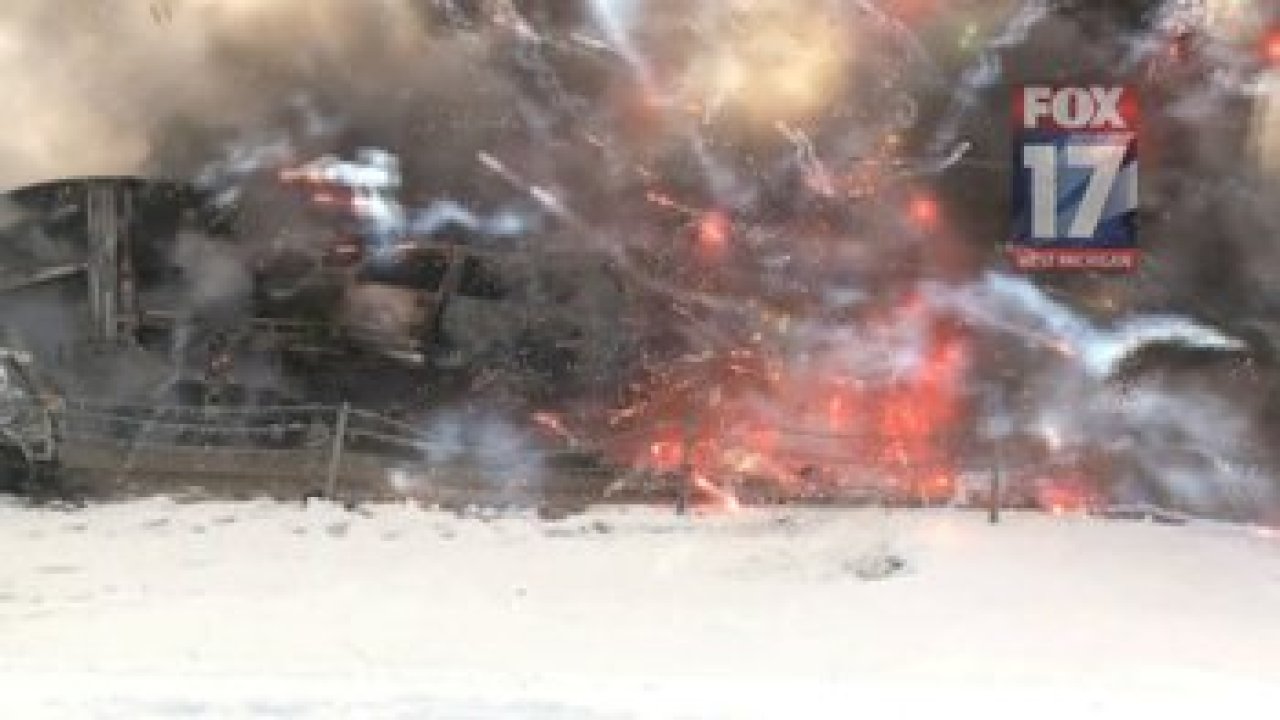 he wreckage, and soon a semi trailer hauling fireworks joined it.  The exploding fireworks sent firefighters and media alike diving for shelter.  The fire could not be safely put out, and the hulk took days to finally burn out.  Drivers were shuttled to nearby temporary shelters until their vehicles could be safely recovered.