Office of the Sheriff 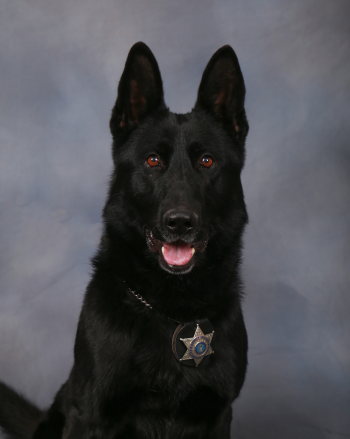 K-9 Zeus was born in 2013 in the Netherlands and has been with the KCSO since 2014.  Zeus is a multipurpose trained K-9 and can track individuals, locate lost articles, find controlled substances, and protect his handler.  To date, Zeus' longest track is 1.5 miles locating 6 suspects!  Zeus is a force multiplier for KCSO and has assisted in 100's of cases.  Off duty, Zeus is a loving family member.

Zeus is partnered with Deputy Kline. 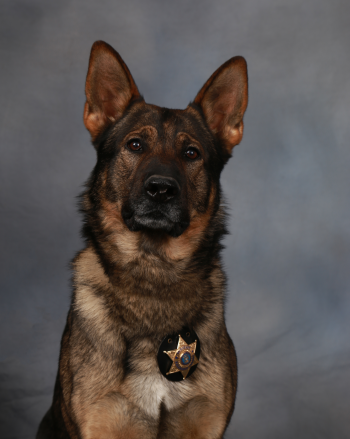 K-9 Kahn has been with the KCSO since 2019.  He is trained in multiple areas including tracking and narcotics/drug detection.  Kahn loves doing his job and loves to play when off-duty.  K-9 Kahn and his handler Sergeant Coleman have been responsible for several criminal apprehensions and the confiscation of a large amount of drugs.

Kahn is partnered with Sergeant Coleman. 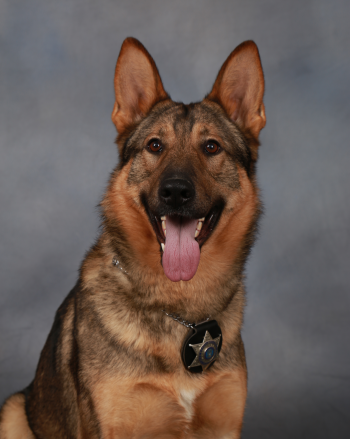 K-9 Cruze was brought into the KCSO team in August 2019 and partnered with his handler in December 2019.  Cruze is trained in multiple areas including tracking and narcotics detection.  Cruze enjoys tracking the most.  Cruze is the youngest member of the team and hopes to serve the citizens of Kalamazoo County for many years to come.

Cruze is partnered with Deputy Rugg.

Becoming a canine handler is a huge, ongoing commitment for the deputies. Both deputies and dogs must first go through a K-9 academy. In the academy, the deputies become accustomed to their new partners and learn to read their body language. The dogs have already received their initial training by this time, but they must learn to work with their new handlers and receive deeper training in each discipline.

Following graduation, the K-9 deputies’ partners become part of the family, and require continual, ongoing training both at home and work. The deputies are partnered for the working life of the dog, typically six to nine years, unless the dog is disabled in the line of duty. At the end of their career, KCSO’s K-9s are given to their handlers to begin a well-earned retirement. 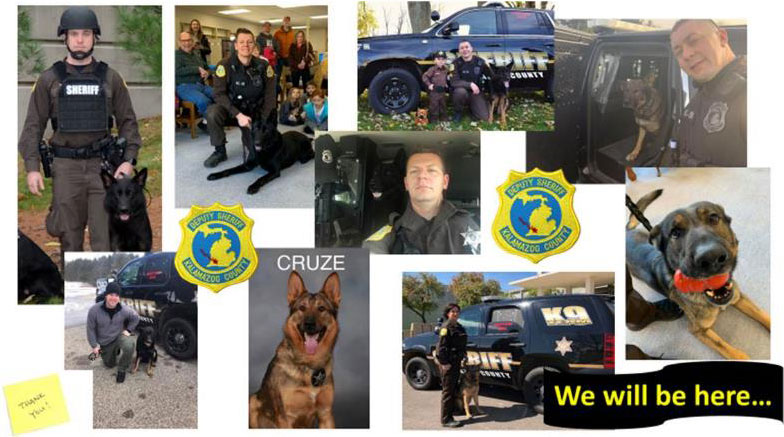